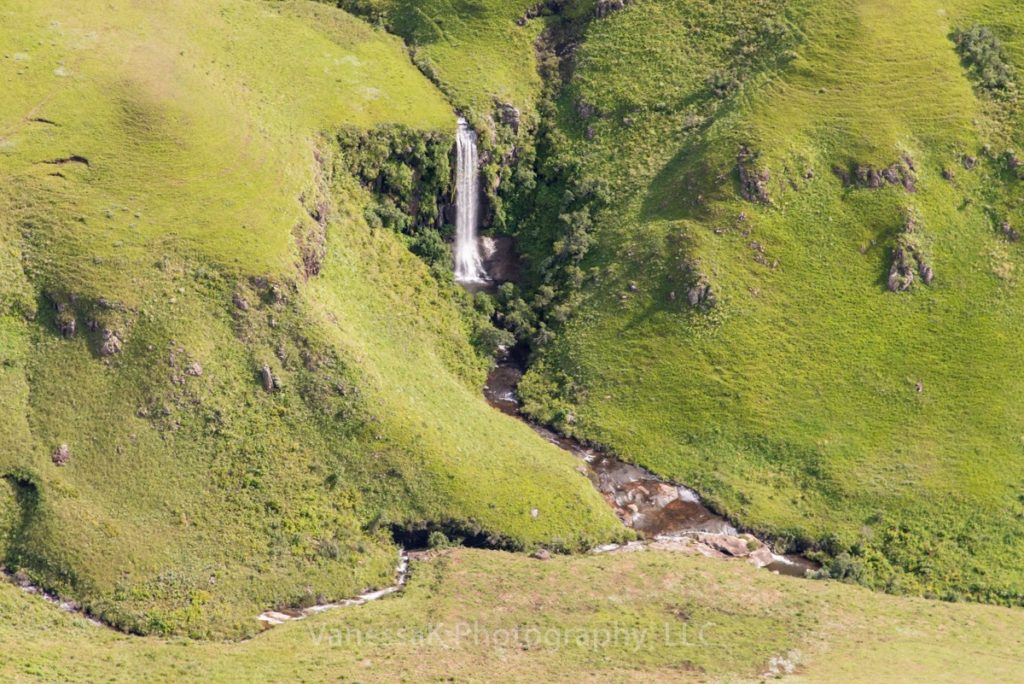 We arrived at Cathedral Peak Hotel in the Drakensberg mountains muddy and wet.  It has been raining in the area for weeks it seems, and the damage is widespread.  Roads have been washed away, bridges are suspect, and everywhere there is evidence of a soaking.  On the other hand, the hills and farmlands are looking green and lush, the crops tall and healthy.  I had arranged to take a helicopter flight to do some aerial photography in the mountains, somewhat different subject matter from Charleston.  We were told that the chopper hadn’t been able to fly for quite a while due to inclement weather, but  upon pulling back the curtains the following morning I was greeted by brilliant sunshine. At 9am I presented myself for the flight.  Mum (86 years old) had driven me to the helipad and I persuaded her to sit in the chopper, just to see if she thought she would be comfortable enough for a 40 minute flight. Once wedged into her seat, she was further persuaded to come along 🙂 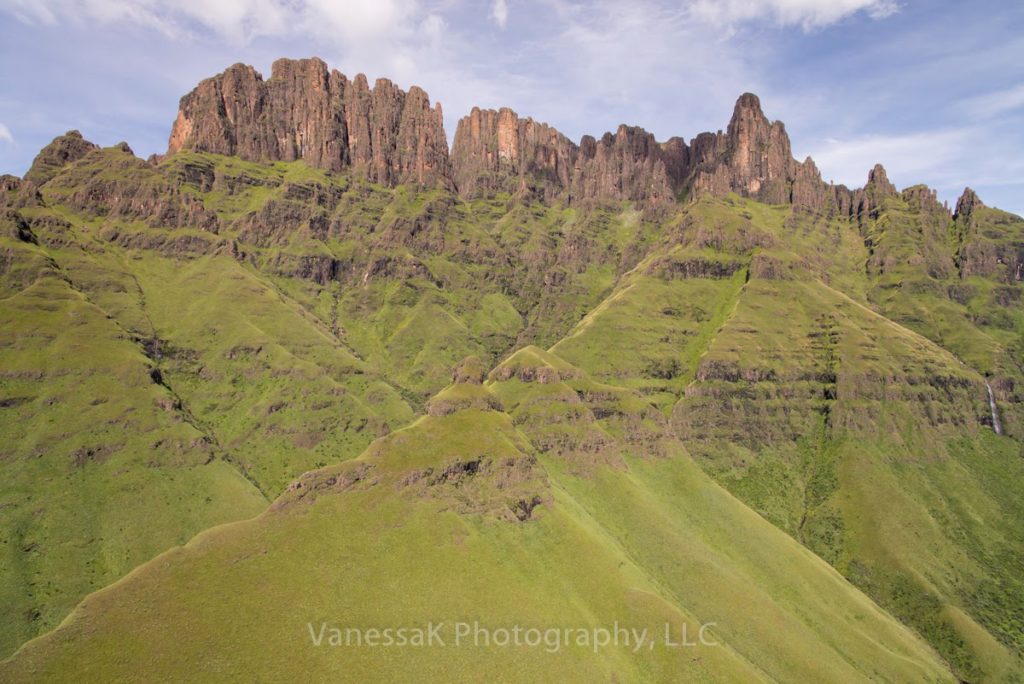 It was a magical tour of the Central Drakensberg area, swooping and diving through gorges, above waterfalls, skimming over meadows only to have the ground disappear from under you as the topography drops by thousands of feet.  We landed once on the top of a plateau and enjoyed a Mimosa, drinking in the incredible view. 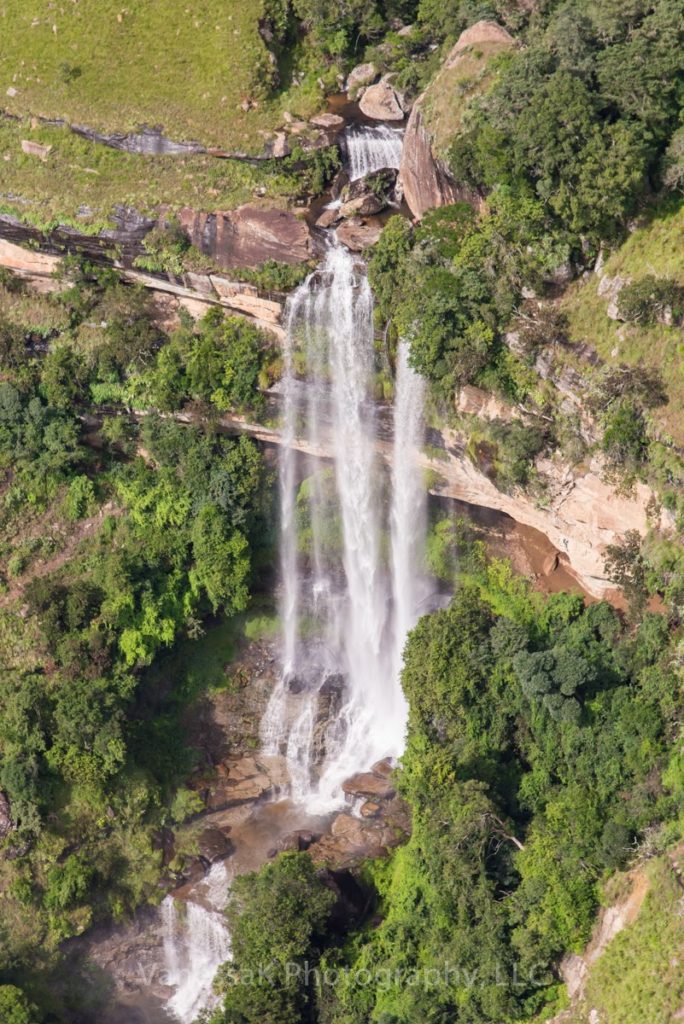 These are just a few of the photos, and Mum had a blast!! 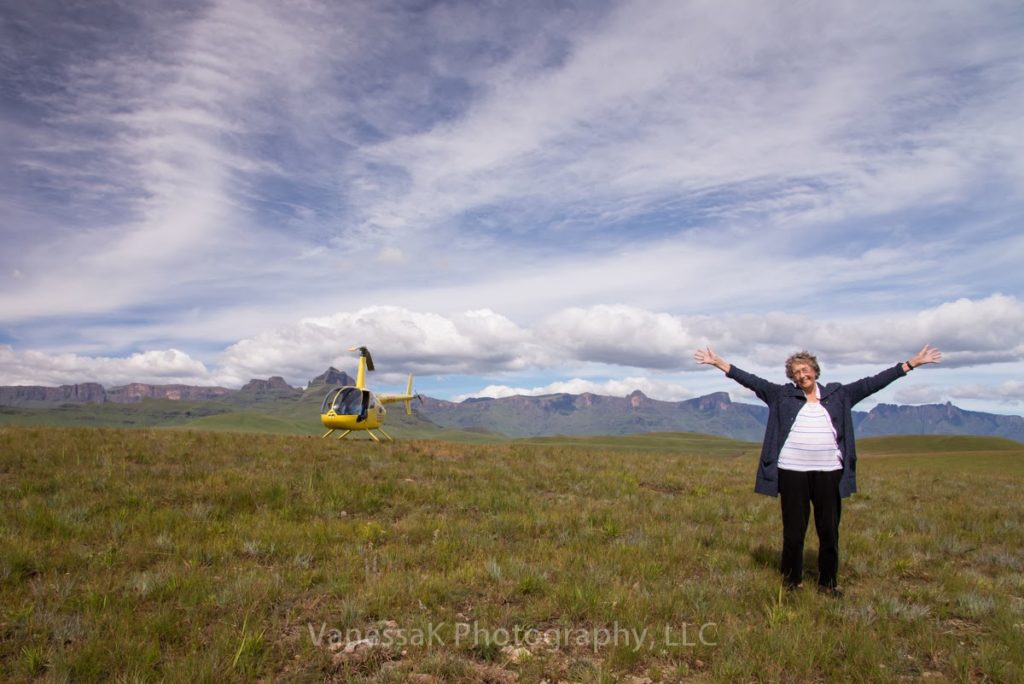