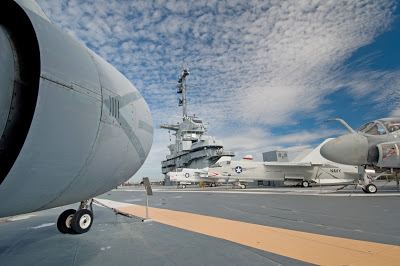 I had an opportunity today to photograph some of the normally “off-limits” areas on the USS Yorktown. 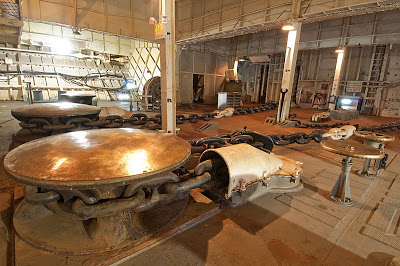 This is a huge vessel, and some areas still contain (consumable type) items used while it was in service during World War 2. Our engineers have been working on a Geographic Information Systems (GIS) project which involves documenting, analyzing, and managing inventory data. This is necessary for many reasons. Anyway, without getting too technical and rambling about things that I know very little about, it was a fascinating look behind the scenes. 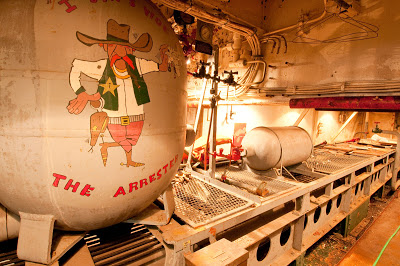 A little history … The USS Yorktown (CV-10) was the tenth aircraft carrier to serve in the United States Navy. Under construction as Bon Homme Richard, this new Essex-class carrier was renames Yorktown in honor of Yorktown (CV-5), sunk at the epic Battle of Midway (June 1942). Built in an amazing 16 ½ months at Newport News, Virginia, Yorktown was commissioned on April 15, 1943. Yorktown participated significantly in the Pacific Offensive that began in late 1943 and ended with the defeat of Japan in 1945. Yorktown received the Presidential Unit Citation and earned 11 battle stars for service in World War II. Much of the Academy Award-winning (1944) documentary “The Fighting Lady” was filmed aboard Yorktown.